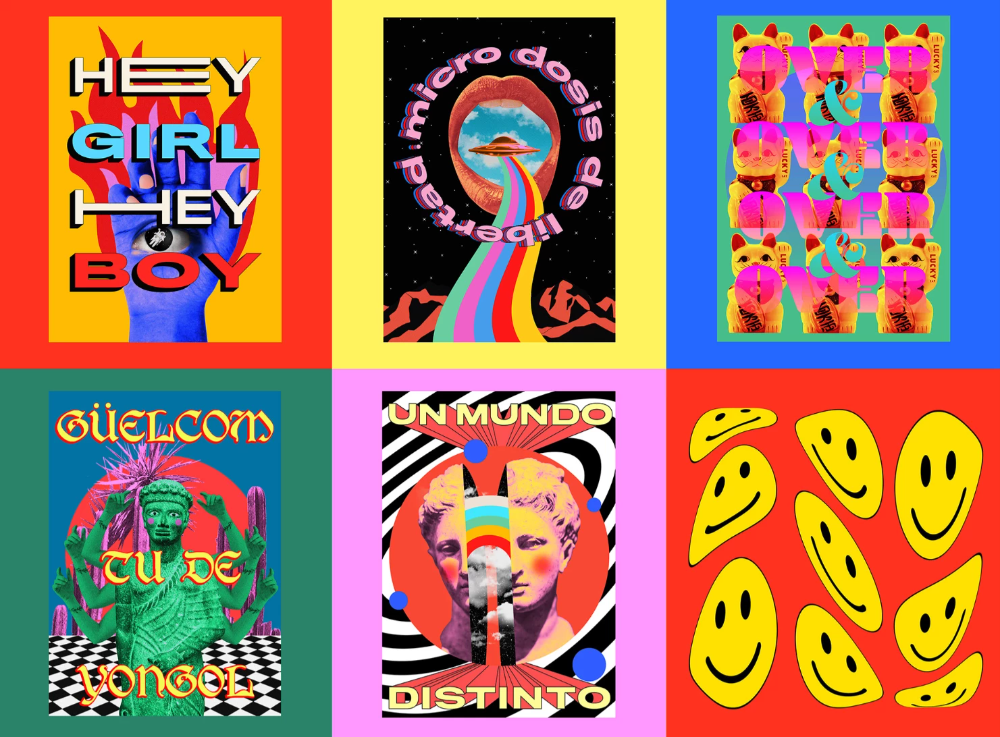 The graphics of the Roaring ’90s are back again

Who remembers the ‘90s? The technology was still emerging, grunge music, top models, and parties that never ended.

Who thought that the 90’s aesthetics would be more current than ever? Today we tend to label some styles as belonging to certain decades, not just to understand a certain style but also to include and explain a certain mentality, energy, and vibe.

Besides, today it has become more difficult to distinguish between 2000s eras since the changes are so fast and concentrated that it’s difficult to decline those years into specific moments or decades. For this reason, we try to revive a decade closer to us: the Nineties. Above all younger generations of Millenials and Gen Z idealize those years, in which technology wasn’t still dominant in our lives.

The collective imaginary, among pop music, scandalous exhibitions, fashion, film, and talk shows today are sources of inspiration. What intrigues the most are posters, zines, magazines, and advertising. Graphic design always interprets the feeling of age, it is always a reflection of the culture we live in. For that reason in these years, ‘90s designs are resurrecting, they’re the mirror of the nostalgia of those years.

One of the biggest changes was the coming of Internet and the birth of the first websites. The chosen font was Times New Roman, everything was rigorously divided into limiting tabs and ultra-colored backgrounds. All those characteristics are what define Brutalism Web Design. Harsh, honest, and blunt design. The website was not built with a simple user interface, the HTML was basic and imperfect.

These are the years of the Rave Culture and the acid-house aesthetic. The events were held in secret, they were illegal and organized in clubs, undergrounds, and sometimes even woods. To spread the news, organizers used flyers and invitations, developing disinterested and carefree graphics.

Bold and cubital characters, strong and strident colors, backgrounds tending to black, and pictures showing surrealist and sci-fi themes. Today, many graphic designers use this aesthetic, creating the so-called sensory art, based on a surrealist and spiritual world, with neutral backgrounds and flashes of bold colors.

Even technological objects are subject to this wave of nostalgia, in fact, devices now obsolete are fashionable again, such as walkmen, tapes, vinyl records, and record players. Unfortunately, VHS videotapes didn’t gain back popularity, but the graphics on the packaging are used as sources of inspiration.

Get to know more by reading the original article!